How can we measure the stickiness of clay?

During the processing of bricks in the construction industry, clays slurries can adhere (stick) to mechanical components such as mixers, hindering their function. In addition, in the drilling industry severe damage of the drills can be caused by the sticking and swelling (due to water adsorption) of soils onto the drills. A methodology needs to be developed to measure the stickiness of clays/soils on metallic components.

A test procedure is established, based on approach-retraction curves, by using an upgraded TETRA Basalt-N2 micro-tribometer, with a Millinewton light load sensor. In this procedure a user selectable indenter body (ball, pin) gradually approaches the clay slurry/soil layer until they come into contact, then the indenter body keeps moving down until a pre-set contact load is reached. Then, the indenter body moves away from the greased substrate under well controlled conditions, until complete physical separation. During this approach-retraction cycle, the force on the load sensor is measured as a function of time and distance moved. This technique is the same as pull-off force experiments with an atomic force microscope for studying physical interactions. 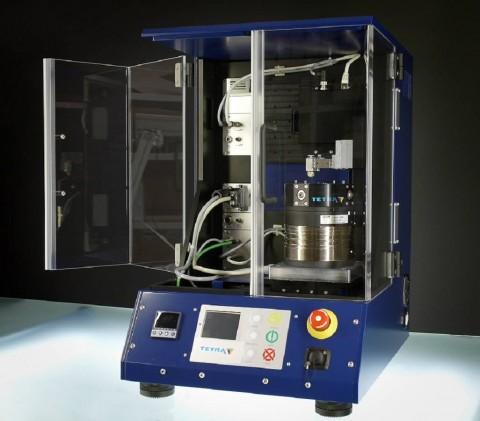 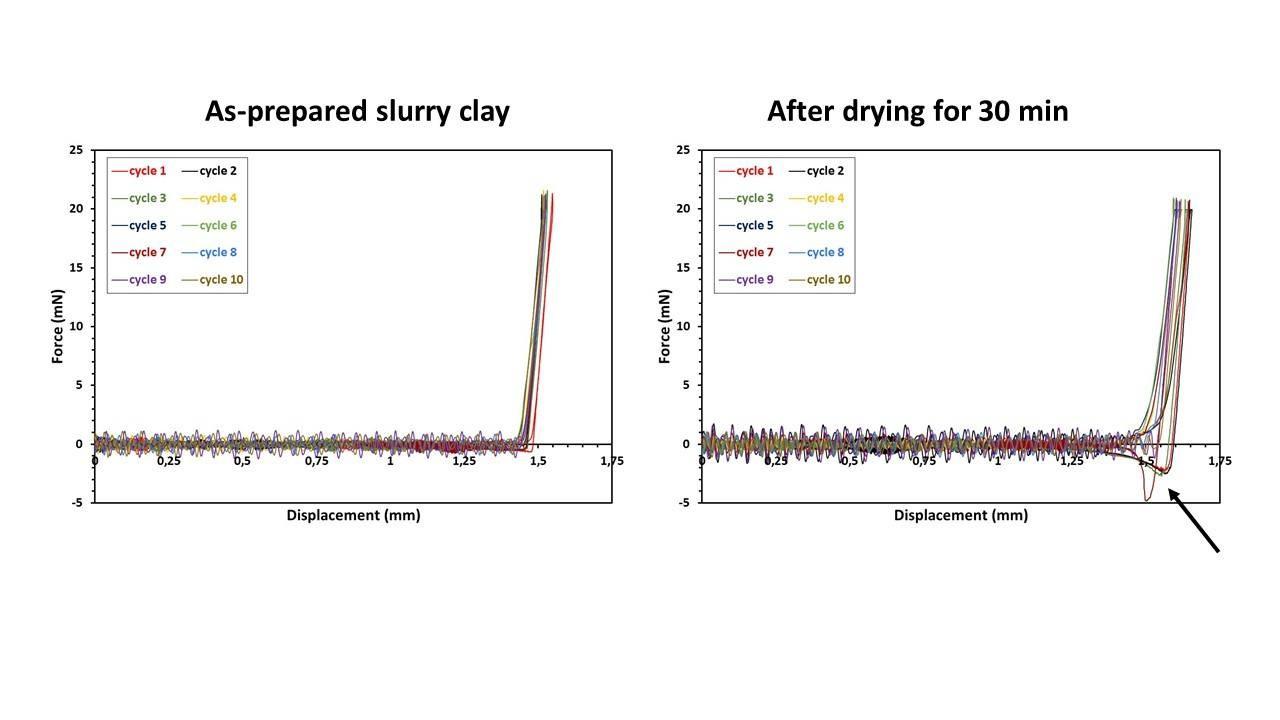 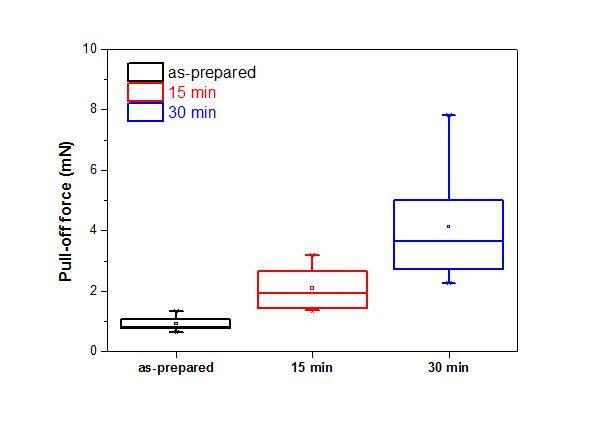